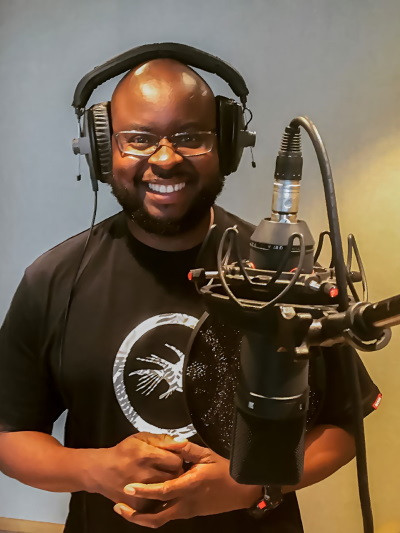 Tim Odofin is an award winning London based African British voice over with experience in commercials, explainer videos, promos and games. He has a cool, fresh, conversational and natural voice, and can be heard on radio, TV, in store and online. Tim started his love of performance as a child on the stage of his school plays and never looked back. His career as a voiceover started later in his adulthood when he was asked by a friend to host his wedding reception and there began Tim’s life as a master of ceremonies. TV came calling and this led to radio which was a natural fit into voiceover. Tim is the winner of a VOX award in 2018 and has been nominated for our very own One Voice Awards. Just some of the Tim’s clients include: Western Union, Gourmet Burger Kitchen, Just Eat, New Look Driver & Vehicle Standards Agency, Transport For London, Young African Entrepreneur and the BBC. From charity, to corporate, TV and radio commercials – we’re honoured to have Tim joining us for One Voice 2021.

Room 1
Ethics Panel: An Open Conversation On Ethics In The Voiceover Industry
Friday, 10:40 am