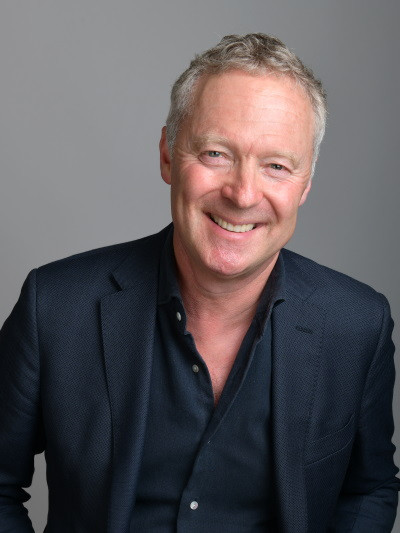 Rory Bremner is widely regarded as Britain’s top satirical impressionist (‘a one-man opposition party’ Daily Telegraph). As a mimic, he’s provided definitive impersonations of PMs and Presidents from Major to Mandela, Blair to Brown, Clinton to Cameron and Bush to Trump. As himself, he’s been presenter, writer, quiz-show host, actor, translator and even (briefly) ballroom dancer. (Strictly, 2011. WTF?). He returned to prime-time TV in September 2018 as team captain in the ITV series, The Imitation Game. He’s a regular on Countdown and recently spent a week on Richard Osman’s House of Games. In 2021 he will present his own podcast, The Spying Game. Born in Edinburgh on 6 April 1961, Rory was educated at Wellington College and Kings College London, where he gained a BA in French, German and imitating lecturers. He speaks French adequately, German inadequately, and enough Russian to impress you for 90 seconds (unless you’re Russian). By the time he’d graduated in 1984, he was already performing on the London stand-up circuit and at his native Edinburgh Festival Fringe, and got his first TV series with the BBC in 1986. In a TV career of over 30 years, he’s won numerous awards, including 3 BAFTAs for his long-running Channel 4 satire series Bremner Bird & Fortune, featuring Rory and the two Johns. In addition, he’s written and starred in satirical specials covering four elections, the Blair Government, (From Blair to Here, My Government and I) the Iraq War (Between Iraq and a Hard Place, Beyond Iraq and a Hard Place), the financial crisis of 2008 (Silly Money) and -back at the BBC- the Scottish Referendum (Rory Goes to Hollyrood, (2014)) and the Coalition government (Rory Bremner’s Coalition Report, Rory Bremner’s Election Report (2015)). He retraced his family history for Who Do You Think You Are, and travelled all over Britain for the ITV daytime series Rory Bremner’s Great British Views (2012). Meanwhile, he’s guested on many other comedy shows (Whose Line is it Anyway, Spitting Image, Have I Got News for You, and Mock the Week, where he was team captain for two series). He was a regular guest on both Wogan and Parkinson and has frequently appeared on Radio 4’s Newsquiz, The Now Show, Radio Scotland’s Breaking The News and his own shows, Tonight and Bremner’s One Question Quiz. He’s also written diaries & columns for the FT, New Statesman, & Daily Telegraph. In 2013, he made his acting debut alongside Patricia Hodge and Caroline Quentin in Noel Coward’s Relative Values, directed by Trevor Nunn. (Theatre Royal Bath and subsequently West End). In his spare time (as if) he translates operas and plays from French (Carmen, (Spier Festival) and Orpheus in the Underworld (Scottish Opera)) and German (Kurt Weill’s The Silver Lake, (Broomhill Opera) & The Seven Deadly Sins) and Bertolt Brecht’s A Respectable Wedding (Young Vic, directed by Joe Hill Gibbons and starring James Corden). Always in great demand as one of the country’s top hosts and after-dinner speakers, Rory also does stand-up shows and tours, most recently with Jan Ravens in Edinburgh and on tour in 2019. He loves sport, travel & cooking and is a Patron of wildlife charity Tusk and the ADHD Foundation- he was diagnosed with the condition in 2016 and has recently completed a BBC Horizon Documentary about it (ADHD and Me). Rory lives in Oxfordshire with his wife, the sculptor Tessa Campbell Fraser, his daughters Ava and Lila, two dogs and too many horses.