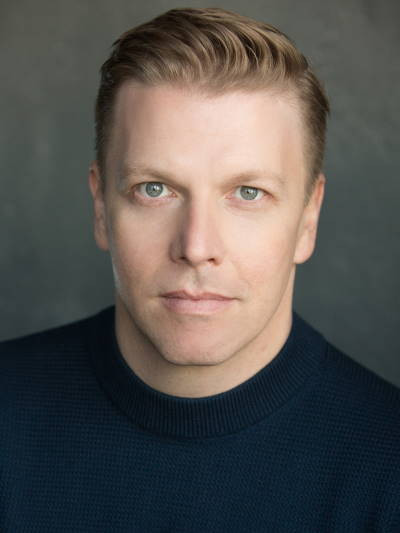 From heading worldwide campaigns for one of the largest beer brands in the world, with leads in some of the best known games and cartoons around, to being the trusted voice for the launch of the biggest currencies in the world, David has been working as an actor and voiceover artist for almost 20 years. In the world of games, David has worked on some of the biggest titles in the world – you would probably recognise him as Preston in Battlefield Bad Company, Dag in Assassin’s Creed: Valhalla, Malos in Xenoblade Chronicles 2, Breach in Valorant and Magnus in Final Fantasy XIV: Shadowbringers. Recent animation work includes playing both Virgil and Gordon Tracy in Thunderbirds Are Go!, Chuck in Disney’s Space Chickens in Space and Eddie in Disney’s Best Bugs Forever!, Block in Amazon’s Jessy and Nessy, Nisse in the Emmy- and Annie Award-winning Hilda, Hoof in Noddy, Toyland Detective, Dad Hooman in Floogals as well as Porter and Jack in Thomas and Friends and Scoop in Bob the Builder. Radio drama work includes countless award-nominated productions for the BBC, Audible, Wireless Theatre and PRX’s Radiotopia. In the US, David has recently voiced commercials for clients like Starbucks, Alka-Seltzer, Target, Ford, Dr. Scholl’s, Vuse, Fiber One and Tuborg. And internationally, Heineken, Microsoft, Ekornes, Phillips and Radox regularly use David’s voice to reach their worldwide audiences. He was also the voice of the worldwide launch of the Euro currency! Promo and continuity work includes clients like NBCUniversal, Cartoon Network, Disney and Viaplay.