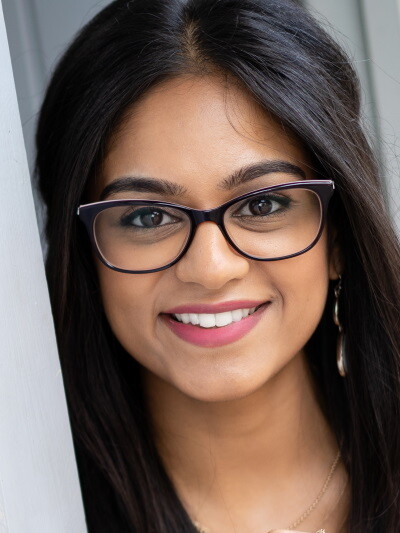 Bhavnisha is an actress and voice over artist best known for her work in the award winning series Doctor Who. As well as the comedy web series Brothers With No Game, Darren Has a Breakdown and online drama Aami and Frank playing opposite Ricci Harnett. Her other screen credits include the BBC, Sony, Samsung, War Child and To Die For (Cannes Film). Behind the mic, Bhavnisha has worked globally and locally with companies such as Apple, Sony, Expedia, Twitter, Vitality, Reebok, DPD, P&G, HSBC, The BBC and many more…. These have included Commercials, Animations, Films, Audiobooks, VR Technologies and Documentaries. Bhavnisha is currently working on an a new children’s animation to be released this year as well as a new virtual reality game taking on the role of Dr. Bhandari! She has been nominated for both VOX, SOVAS and ONE VOICE AWARDS and has been a winner of the TELLY AWARDS 2019.

Room 1
Keep Calm & Carry On Voicing – How To Minimise Stress In Your VO Career
Friday, 1:40 pm