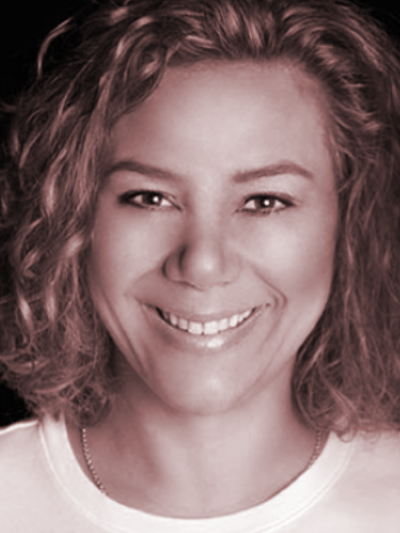 With over 20 years of experience in front and behind the scenes, Juana Plata has a natural and charismatic way to identify with the viewer. Knowing that Hispanic/Latinos in the USA come from diverse backgrounds, and that Language and words significance varies from Country to Country, she has made her point to effectively communicate with her audience in a neutral, simple, clear, inclusive and respectful way. Juana’s clients include multi-national and international companies that seek an efficacious Spanish language talent with a neutral accent to transmit their message across their clients, stakeholders and employees. Born in Colombia, South America, Juana grew up amidst cameras, microphones, cables, studios, production rooms and lights as her father was one of the most recognized TV and Radio personalities in the country, and she participated from an early age in several television commercials. After studying Journalism and Communications Sciences at the Pontifical Xaverian University, she immigrated to the United States in 1995 looking to open her own way in Spanish Language media. Settling in Atlanta, GA, she started to incursion in the local Hispanic media by working with local talent and production agencies as a Spanish voice over/on-camera talent. In 2001, Juana joined WUVG-TV Univision Atlanta 34, the first Spanish Language Television Station in the market. As their Community Affairs Director, Juana was in charge of creating, producing and hosting “Nuestra Georgia”, a weekly 30-minute community affairs show, which in 2004 earned one of the first two Regional Emmy Awards nominations, and the first one for a local Spanish Language television station’s show, as well as co-anchoring the first Spanish language news brief at the station. Juana became the first Hispanic/Latina to be invited as a presenter during the 2005 Southeast Chapter Emmy Award Ceremony. Juana holds a degree in Business Administration with two majors: Marketing with emphasis in Entertainment Industry Marketing, and Management, from Kennesaw State University. She currently lives in Atlanta, GA with her husband, her daughter and their pets, Lola & Mika