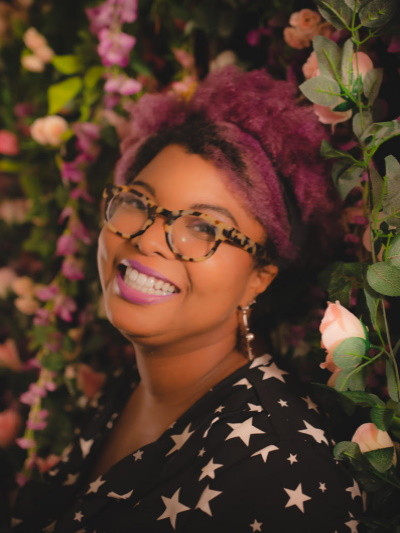 Chiquita Paschal is an award-winning journalist and podcast editor who specializes in developing podcasts about art, culture and politics. Her production and editorial experience includes hard news, talk shows and highly-produced narrative storytelling. She is currently an editor at NPR’s Story Lab incubator and Mermaid Palace’s show The Heart, in addition to writing AUDIOCRAFT: The Art and Business of Making Podcasts that Mean Something (Routledge 2020). Previously, Chiquita worked as a producer at Gimlet Media’s Uncivil, which won a Peabody in 2018. Before that she was a member of the “Pod Squad” at BuzzFeed where she contributed a variety of shows, including Another Round. Chiquita became skilled in the rigor of production by reporting daily segments across public media, from NPR’s Morning Edition to PRI’s The World. She began her career as an arts reporter in New Mexico. In addition to her focus on production, Chiquita has worked behind the scenes in leadership development roles throughout her career. She was nominated to serve as an NEA Media Arts grant panelist in the 2016 and 2017 cycles and was the founding Program Manager of PRX’s Podcast Garage, where she was also a coordinating judge for Radiotopia’s 2016 Podquest competition (which lead to the development of the Peabody- nominated show Ear Hustle). In 2013 she served as the Corporation for Public Broadcasting’s Executive Fellow, where she developed original strategy, research and business models for the then-emerging podcast market. As a consultant and freelance editor, her recent past projects include Malcolm Gladwell’s Broken Record from Pushkin Industries, Essence’s celebrity pop culture interview podcast Yes Girl, and a variety of politically engaging shows by women and people of color like Democracy in Color with Aimee Allison, Bad with Money with Gabby Dunn, and Hysteria from Crooked Media. She has also helped to develop independent shows about art and culture such as The Witch Wave and her own pilot about the creative process called Spark! Originally from Philadelphia, PA, Chiquita graduated Hamilton College in Clinton, NY in 2010 with a degree in art and philosophy. She currently lives in Brooklyn. You can connect with her on Twitter @ChiquitaPaschal.

Virtual Room 3
How To Use Podcasts To Develop Relationships With Hard To Reach Clients
Friday, 6:20 pm