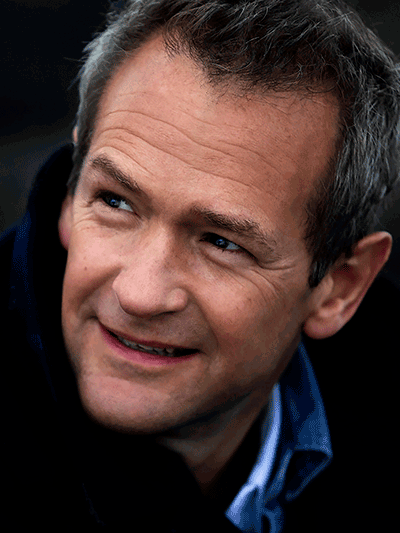 Alexander Armstrong is an English comedian, actor, television presenter and bass baritone singer. He has hosted the BBC series HAVE I GOT NEWS FOR YOU more than 20 times and has co-presented the hugely popular TV quiz show POINTLESS, alongside Richard Osman since 2009. But all of that doesn’t even scratch the surface of his expansive decades of voiceover work which covers thousands of commercials (Alexander is the voice of the deeply missed Safeway), promos and iconic animated characters from Danger Mouse to Peppa Pig and Hey Duggee. Alexander also voices the character of Mr Smith across both the BBC series Doctor Who and The Sarah Jane Adventures He is a regular on Classic FM presenting both the Saturday and Sunday afternoon programmes and returned to his musical roots releasing his debut solo vocal album, A YEAR OF SONGS, in November 2015. It reached number 6 on the UK Albums Chart in its first week and topped the UK Classical Charts, the first time a comedian/actor has reached number 1 in that chart. UPON A DIFFERENT SHORE was Alexander’s second studio album released in October 2016. It debuted at number 8 on the UK Albums Chart. He released his seasonal album IN A WINTER LIGHT the following December. Most recently he has been seen baring all for the third series of The Real Full Monty: THE ALL NEW MONTY 2019: WHO BARES WINS alongside Ashley Banjo. Together they led a new group of celebrities and joined forces to take to the stage and bare all for the biggest and most daring extravaganza to raise awareness of cancers in the intimate areas of the body.